Working on a small farm is a continuous lesson in the complete and unreserved ability to change priorities without a second thought. Some days we set out with a singular goal in mind, one which we’ve been planning for weeks, and then we get a call that the pigs are out or Jamie has a vision for some new project that no one has contemplated before and that idea becomes the singular focus of the ensuing weeks or months even. As a recent college graduate this environment of flexibility is absolutely refreshing. After four years (really sixteen years if we go all the way back to the beginning) of having rigid schedules set years in advance and invariably marked out on the school calendar with no thought for spontaneity, the freedom to address only the most pressing problems as they arise is wonderful.    Alright, public school is not so inflexible as all that, and farming should not be idealized as a carefree or whimsical occupation. Sometimes the newest exploit isn’t exciting. Entire days are literally spent shoveling manure or mucking through pastures or crashing through thickets of multiflora rose, grapevines, and privet to pull out old barbed wire. There are plenty of mundane, uninspiring tasks, plenty of thoughtless physical jobs, plenty of cold mornings when the thought of bed and a hot breakfast is much more enticing than the frost covered seat of the tractor, but, even still, there is a freedom in the work that, for me, lends inspiration even to the least inspiring task. I am never completely certain how the next hour will be spent or what small new adventure is waiting to unfold. 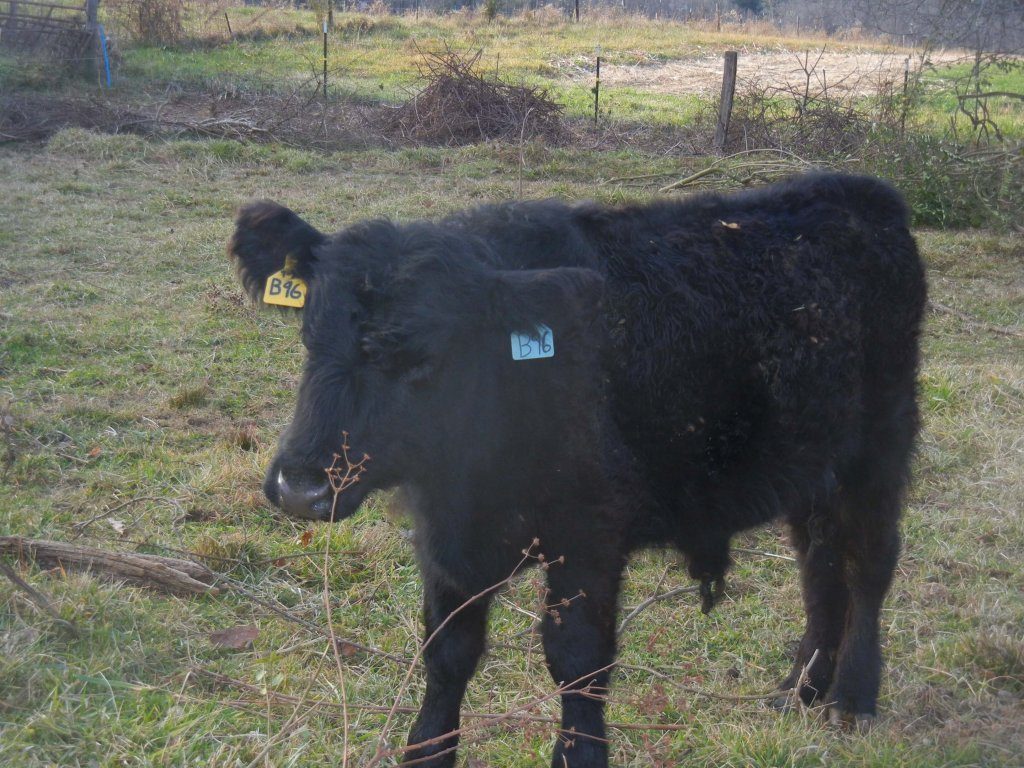 This morning as I was getting ready to feed the pigs Ann called with the news that the cows were out. We hauled most of the herd down to Rutherfordton yesterday to overwinter and the only ones we left in Fairview were the male Holsteins, the bull, and a unique little Black Angus mix calf.  Holsteins are milking cows. We buy a few males every year for the agritourism season in the fall because they are cute calves and they’re cheap and they look like your average person’s idea of a cow (probably something to do with the black spots). Neighbors and farm families usually raise these calves for meat, but they’re not ideally suited for that purpose so we don’t normally keep them with our herd. What with being bottlefed for several months and having to put up with screaming elementary schoolers nearly every day, they become unafraid of human contact and subsequently they are some of the most difficult animals on the farm to herd. This morning they simply refused to let Ann and me direct them back into the pasture. It was a strange dynamic between the black angus mix, who couldn’t seem to understand what we were doing flapping our arms at him, the Holsteins who clearly thought we were playing some strange and ridiculous game with them, and the bull, who just plain didn’t care what we were doing, as long as he could continue to eat in peace. You just can’t push a bull too hard. You might suggest he move in one direction, but if he doesn’t want to go, there’s not a whole lot you can do. Frankly, I’m surprised that he hasn’t just crushed one of the Holsteins for nudging him with their horns the way they do. It took us nearly half an hour to move the outlandish little herd only fifty feet, but Ann and I were able to get all the animals back into the pasture without riling anyone up too badly, except maybe for some of the neighbors on Ambiance Way. I guess you can’t please everyone.
salutations,

Our bull isn’t enormous as far as bulls go but look at those shoulder muscles! He doesn’t quite know what to think of this strange little Holstein calf.